Following the wild success of the inaugural first year, the mother of all comedy festivals, the Mother City Comedy Festival returns by popular demand to the Baxter Studio Theatre from 11 to 29 February 2020.

With more than 45 comedians performing in 40 shows over three weeks, it’s even bigger and better than ever!

Produced by Siv Ngesi, in collaboration with Taylor Made Productions, the Mother City Comedy Festival celebrates stand-up comedy in all its forms, presenting a full spectrum of different comedic styles. 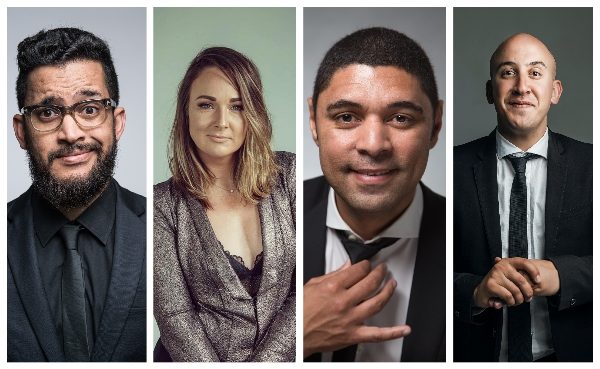 With two shows daily, and three on weekends, the Festival will once again get audiences up close and personal with their favourite comedians while introducing them to some of the country’s most exciting upcoming talents. Comedy-lovers are spoilt for choice during this fabulous festival of funniness.

“We had such a phenomenal response to the first Festival, we’ve made the programme longer, bigger and even better,” says co-producer Siv Ngesi. “The Festival proved to be not only a great event for comedy connoisseurs to get their fix, but also a key platform for newer stars to have the opportunity to perform at a major Cape Town venue.”

“This year’s line-up features a diverse mix of performers from stalwarts of the comedy industry such as Nik Rabinowitz, Joey Rasdien and The Goliaths to rising stars such as Chantal Jax and Kate Pinchuck,” says co-producer Stuart Taylor. 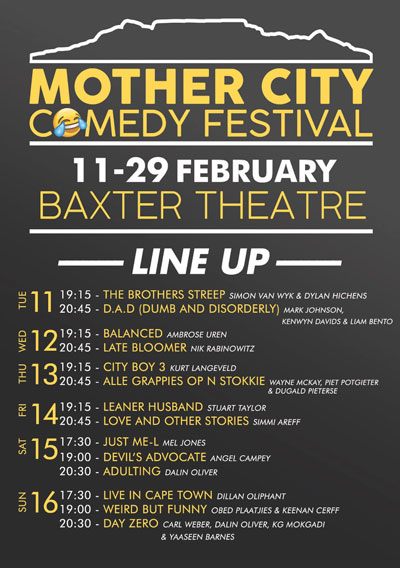 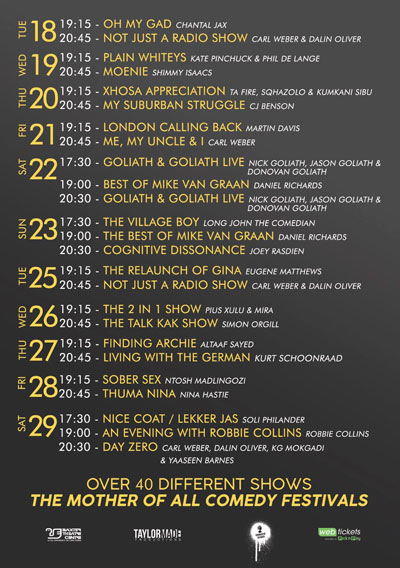