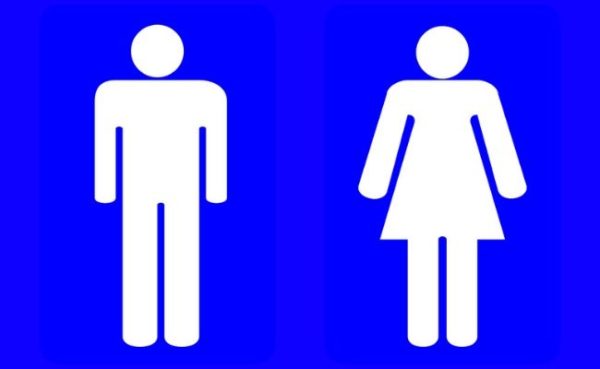 On Friday, 17 January 2019 DA Western Cape leader Bonginkosi Madikizela took to Facebook to voice his opinion on unisex toilets. Causing quite the uproar, Madikizela proposed that we should do away with male and female toilets at Cape Town International Airport and should have only unisex toilets.

In his Facebook post he stated: “I find it backwards, discriminating and stereotyping that just because you are a male, you must be searched by a male, if you are female you must be searched by a female. What about members of the LGBTQI+ (lesbian, gay, bisexual, transgender, queer or questioning, and intersex)? I am going to challenge this. We must also do away with male and female toilets, we must have unisex toilets.”

His proposal has been met with much criticism from social media users, arguing against unisex toilets on the basis of religion, gender-based violence, privacy and freedom and security of the person.

Various constitutional rights come into play in this regard. Section 10 of the South African Constitution provides that everyone has inherent dignity and the right to have their dignity respected and protected. In this regard it can be argued that it would be in the interest of the LGBTIAQ+ community to provide gender-neutral bathrooms in order to provide inclusivity in relation to one’s basic human needs. Should unisex toilets be implemented, the option for separate male and female toilets should continue to be available too. However, this solution, too, comes with its own issues, as this may raise the issue of stigma being attached to LGBTIAQ+ community members making use of the gender-neutral bathroom.

In terms of section 9 of the Constitution everyone has the right to equality. One could argue that in order to achieve gender equality the implementation of gender-neutral restrooms could bridge the gap and create a more inclusive space, specifically for transgender persons, who often endure threats and violence for using the “wrong” bathroom or are even denied access to the bathroom based on their gender identity. In this regard the implementation of gender-neutral bathrooms would not only give effect to transgender persons’ right to equality, but also their right to human dignity.

Section 12 of the Constitution provides that everyone has the right to freedom and security of the person as well as the right to bodily and psychological integrity. Unisex toilets create a space where a grown man and a teenage girl could be alone in an empty facility. Not only does this trigger all alarms in terms of sexual assault, but also creates a breeding ground for physical assault, theft and human trafficking. While it may be argued that all of this could occur in a gendered bathroom and that there is nothing stopping someone from entering a bathroom of the opposite sex, the likelihood of these incidents becoming a probability are heightened by the convenience of having both genders making use of a confined space at the same time.

The right to privacy is enshrined in section 14 of the Constitution. Going to the bathroom can be an intimate and private affair. From a tummy bug and food poisoning to the echoing sound of a sanitary towel opening, many prefer as much privacy as possible when in the restroom. The idea of the opposite sex sharing in such intimate experiences can be very daunting, in the same way that going to the bathroom at your friend’s house can be. Unisex restrooms may lead to an increase in people experiencing paruresis, also known as shy bladder syndrome, which is a type of phobia whereby a person is unable to urinate in the real or imaginary presence of others. Ultimately, should unisex bathrooms be implemented, the privacy of all persons should be of great importance, and thus the toilet should be structured in a manner that provides as much privacy to the individual as possible.

Section 15 of the Constitution provides for freedom of religion, belief and opinion. If unisex bathrooms are implemented in public spaces, they will not be as inclusive as they hope to be, as religious groups such as Muslims and Orthodox Jews would not be able to utilise unisex facilities, consequently denying them a basic human service. In the Muslim community, women wash before each of the five daily prayers and require a safe space to remove their hijab, which would not be possible in a gender-shared space. Some Orthodox Jewish women are prohibited from sharing public restrooms with male strangers, particularly during their menstrual cycle. As South Africa is filled with tourists, it is important that our public facilities be suitable not only for locals, but also for tourists. Thus in order to create a welcoming environment to our tourists, we need to ensure that their basic needs are also accommodated.

Section 24 of the Constitution provides that everyone has the right to an environment that is not harmful to their well-being. In light of the anti-gender-based violence movement and increase in femicide, and with the “Dros rapist” incident still so fresh in our minds, females are feeling less and less safe in public spaces. It is no secret that there is a war on women. In a country where a woman is murdered every three hours, one really should consider the safety implications of unisex toilets. The restroom is often a place where females seek refuge, compliment and confide in complete strangers, while maybe even asking the kind stranger whether they have a spare tampon in a time of need. It is also frequently used as a place to breastfeed privately or change a baby’s diaper. While all of this is completely natural, society still places shame on women for these things and thus has made it almost imperative that these necessary natural parts of life be done in secret.

The implementation of unisex restrooms may give effect to section 28 of the Constitution, which states that the best interest of the child is of paramount importance. Through the implementation of unisex restrooms, parents of the opposite sex to their children will be able to accompany their children into restrooms rather than sending them into the restroom unattended. In the same breath, it should be noted that it could create an uncomfortable situation for parents and their children to have to walk past men at the urinal while they are on their way to the toilet and can create a dangerous breeding ground for sexual predators.

Unisex restroom facilities may be implemented in line with constitutional values and rights, provided such implementation includes the option of separate male and female restrooms also being available. Alternatively, public restrooms should be multiple single-toilet facilities equipped with a changing table, disability friendly and gender neutral.

While it could be argued that unisex toilets may be cost-effective and save space, in light of the anti-gender-based violence movement, high crime rates and the current views of the community, I do not think South Africa is in a place where only unisex toilets are available to members of the public. After all, would it really be a “restroom” if most people using it did not feel restful?